We now live in a world of lies - lies pushed by governments, 'scientists', and the mainstream media. Here, Robert Kennedy talks about efforts to discredit the massive Berlin rally on 29 August.

My only comfort is that, as the majority seem to refuse to awaken, they are getting what they're asking for. The smug complacency of the majority needs undoing - and it's going to be a painful process.

I was first aware that society seemed to be turning towards the smug (or at least much higher levels of smug) in the 1990s. After the departures of Reagan and Thatcher, the polarised atmosphere of the 1980s seemed to evaporate like spit on a griddle (wear a mask, dear!), and has culminated in the current situation - a massive and long-planned attempt to change the world, to make billionaires far richer, and change conditions for the average Joe and Josephine to something unrecognisable.

The Intellectual Quarter... Lockdowns, Matt Hancock, Klaus Schwab and the Silence of the Sheep... 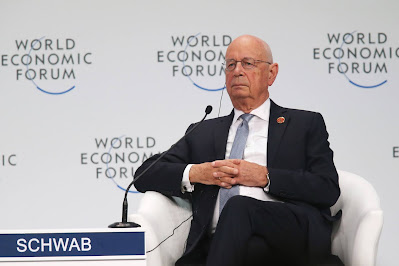 Your leader - Klaus Schwab, of the World Economic Forum. The plan? Hinge onto a crisis - let's call it 'Climate Change' and try and ram through an agenda which will depopulate the planet and control the remaining plebs via surveillance in 'smart growth'/'New Green Deal' developments. Use the environment to cover your goals. Not working fast enough? Well, terrify the world population with a not-terribly-dangerous virus, kill people with neglect, cook the stats, crash the economy and then... Cambridge in England is supposedly a bastion of intellectual brilliance, with its ancient university. I was just looking around the Web for updates for this blog, and came across the headline: 'More Than 500 New Cases of Covid in Cambridgeshire in 24 Hours'. Of course, this means positive PCR tests, with all the attendant potential for false positives. The end of the article contained the 'stats' for those who had died within 28 days of a positive PCR tes
Read more

Face Mask Fines? Who Do You Think You Are Kidding, Boris Johnson? 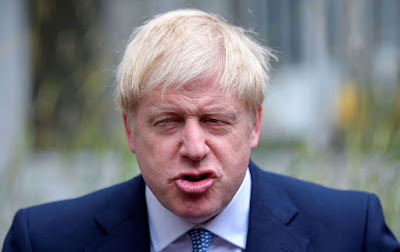 Boris Johnson follows the agenda and bugger the people! Boris Johnson 'UK' Prime Minister, has ordered that fines will be raised for people not wearing face masks. Up to £3,200. Only in England, of course. His 'UK' title is mainly grandiose nonsense. The other countries may or may not follow, but even in a time of 'great crisis' (his story) he can't make them. My dear Mr Johnson! Stop being an idiot! All that impassioned stuff about being tough on your nearest and dearest, or whatever dreadful cobblers you were spouting. It was sickening. Now, I don't think you're 'nuts' (as you so articulately called Dr Vernon Coleman), but I do believe that you are a frontman for an agenda that is being forced worldwide. It's about rushed-through vaccines. It's about contact tracing. It's about a 'Great Reset'. It's about using a massive psyop to force through things the public would never agree to otherwise. Firstly, the
Read more 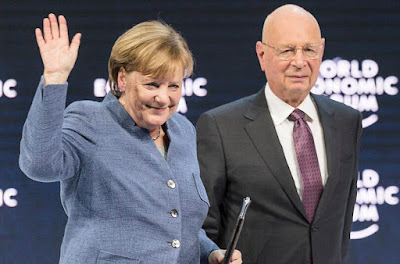 The World Economic Forum has no impact on world affairs, does it? Surely, Klaus Schwab's Great Reset is just a suggestion? He doesn't carry any clout with our elected representatives? OK, he might invite them to Davos, but surely they don't go because they're busy working for us and they care about us and... HAH! All roads lead to the World Economic Forum and Big Pharma. 'Our' politicians serve them, not you. Create a big worry. Let's call it 'Climate Change'... let's invite a mentally ill young woman to talk about it - get society onside... Here she is - safely at the WEF! She's not a scientist, but she'll grab the public sympathy and inflame everybody. After all, she's a young woman and she has mental health challenges. Now, let's scare everybody, claim a scientific consensus on the subject of climate change, say it's definitely human-made, and start implementing our real agenda - hiding it behind the green mask of environm
Read more