Showing posts from September, 2020
Show all

Hancock and Sturgeon And... 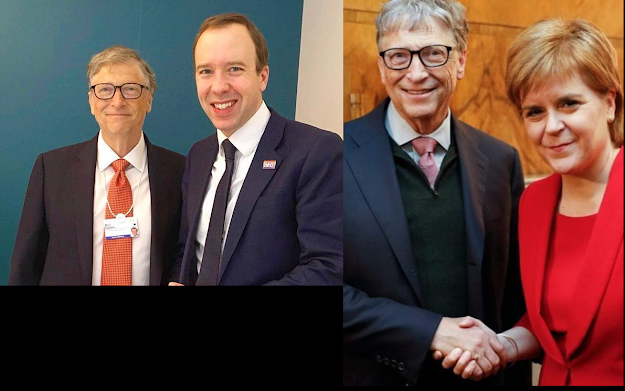 In England? In Scotland? Feeling puzzled and afraid as the boot of covid-oppression comes down harder and harder? Well, your leaders both like...
Post a Comment
Read more

September 08, 2020
We now live in a world of lies - lies pushed by governments, 'scientists', and the mainstream media. Here, Robert Kennedy talks about efforts to discredit the massive Berlin rally on 29 August. My only comfort is that, as the majority seem to refuse to awaken, they are getting what they're asking for. The smug complacency of the majority needs undoing - and it's going to be a painful process. I was first aware that society seemed to be turning towards the smug (or at least much higher levels of smug) in the 1990s. After the departures of Reagan and Thatcher, the polarised atmosphere of the 1980s seemed to evaporate like spit on a griddle (wear a mask, dear!), and has culminated in the current situation - a massive and long-planned attempt to change the world, to make billionaires far richer, and change conditions for the average Joe and Josephine to something unrecognisable. And terrible. Contact traced, chipped, vaccinated, subservient.
Post a Comment
Read more

September 06, 2020
We have ceased to be a parliamentary democracy. There was no military putsch. Nobody passed an Enabling Act allowing rule by decree. But the House of Lords and the House of Commons are now the Dead Parrot Parliament. T hey are dead because they do nothing to hold the Government to account. They are parrots because, when asked, they obediently confirm decrees Downing Street put into effect, sometimes weeks before. We used to jeer that the so-called parliaments of Communist and Fascist states were mere rubber stamps. Well, we cannot jeer now. The most shocking instance of this so far was the £10,000 fine imposed on the eccentric weather forecaster Piers Corbyn (brother of Jeremy) for his part in organising a protest in London. That protest has, in my view, been wrongly portrayed as a mass of weirdos and conspiracy theorists. No doubt such people, and worse, were there. But many went to it out of a feeling their liberties are fast disappearing under a strange new regime based on fear an
Post a Comment
Read more

September 04, 2020
Oh my goodness! Such rhetoric! Wartime spirit, eh, chaps/chappesses? Covid-19 is the biggest threat this country has faced in peacetime history. Firstly, which country is that - because the UK is a nation, a union of countries? Never heard of asymmetric national devolution, the Scots, Welsh and Northern Irish Parliaments, Department of Health and Social Care? Not very bright for a government body, are you? Secondly, if the greatest threat we've faced in peacetime is a virus with a less than 1% death rate, one regarding which the government seems determined to whip up hysteria, then we're not doing badly, are we? Perhaps the government - and in fact all non-questioning/hysteria causing MPs - are the biggest threat this nation has faced in peacetime? I have a feeling that may be so. Anyway, please make your views known and sign the petition regarding “Changes to human medicine regulations to support the roll-out of COVID vaccines” from our old tormentors at the &
Post a Comment
Read more 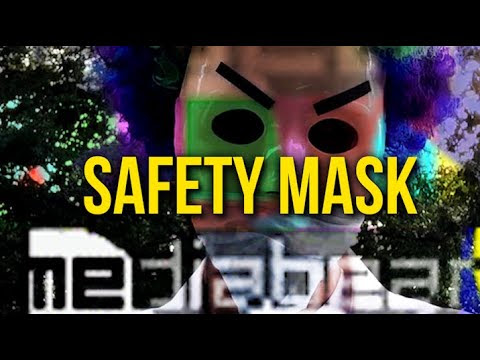 In the 1980s it was all about a 'Safety Dance' (no po-going in the nightclubs in Canada, please!). Today, it's about the Safety Mask. Another '80s classic song updated - this time by the brilliant Media Bear. Laugh? I was gasping for air!
Post a Comment
Read more

(Matt) Hancock's Half Hour at OffGuardian... 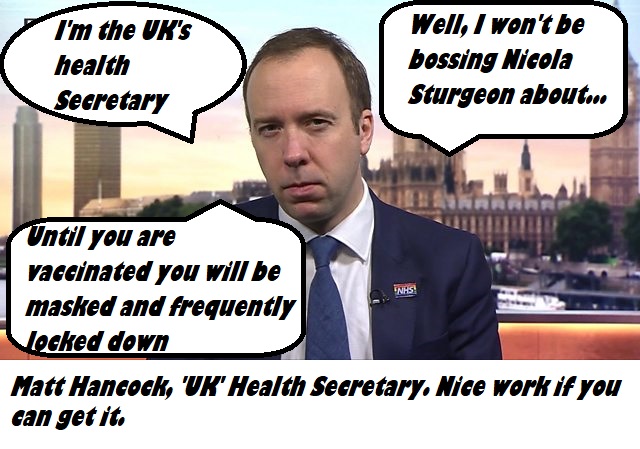 It's good to have a laugh. The tragedy of what is happening - the mass cuckolding of the human race - jostles with outrageous lies and Spitting Image style comedy for those who can see. Lovely article from Stephen McMurray at OffGuardian: A brand new TV show has just been announced called Hancock’s Half-Hour. Over the course of 30 minutes the main character, Hapless Hancock, playing the part of the Health Secretary, will highlight all the government’s absurd policies and fake facts and figures surrounding the covid situation. Some of the highlights of the show have already been leaked. One of the stories featured will be that of the Seagull on Brighton beach who is believed to be covid positive. In an interview, a public health official claims that the seagull definitely has covid as a local resident called Bob witnessed the bird regurgitating some chips it had stolen from a couple of pensioners sitting on a bench. This combined with the fact that another witness said it
Post a Comment
Read more 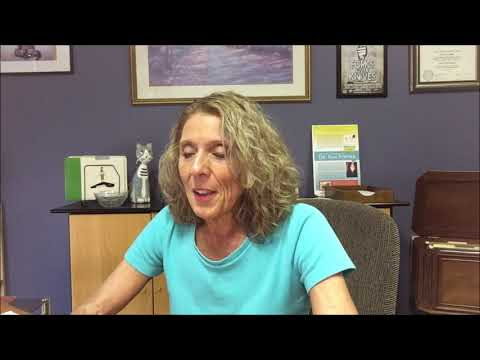 Mike Dewine - Governor or 'Emperor' of Ohio is a power-hungry person. He's always right, he's alarmed by the virus with the less than 1% death rate, and he doesn't give a damn if you lose your livelihood or your sanity while he makes your life unlivable. Pam has interesting news on Mike as signs of a kickback begin to surface - and what is the link between Anthony Fauci's boss, NIH Director Frances Collins, and Christians fervently longing for a poorly-tested and totally unnecessary vaccine? Listen to Pam.
Post a Comment
Read more

London, England, and Berlin, Germany - The Protests, And The Amazingly Low Number Of Deaths Solely From C0vid...

September 02, 2020
London and Berlin staged huge protests against the Covid-agenda last weekend. Bizarrely, they were largely ignored by the mainstream media, and misrepresented by many. But we shall be not moved. FREEDOM! The CDC in the States has released its figures regarding those who have died of Covid-19. Tiny. About 6% of its alarming overall figures. Ben Swann homes in and analyses the stats. Poisoning? An injury? Covid deaths? Oh yes, according to the CDC. Um... really? Go Ben...
Post a Comment
Read more

September 02, 2020
It's bad enough having a virus with a less than 1% death rate and 'doctors', 'scientists', politicians and the mainstream media ramping up bizarre levels of fear because of it. But when many real doctors are speaking up about a treatment, a treatment available for sixty-five years and given to the likes of pregnant mothers, which they have good results from, and the likes of the odious 'Dr' Tony Fauci, are trying to prevent its use in favour of hugely profitable and rushed-through vaccines, then it's all barking mad and murderous. Hydroxychloroquine  is not a political football. I don't care if Jack the Ripper recommended it. If it works and saves lives then USE IT. Del Bigtree has hopeful news as some top US senators investigate the bizarre push-back against this safe and proven medication.
Post a Comment
Read more

September 01, 2020
I'd never trust a fact checker. Whether I agree or disagree with their findings, I like to check my own facts, thank you. I've been doing it since the 1970s and will continue to do so. The likes of the Facebook fact checkers are simply liars, as are so many, when it comes to most things to do with the 'virus'. But who is behind them? Who provides much of the funding? And who is found to be an absolutely wonderful being by multiple fact checkers? It couldn't be a certain Bill Gates, could it? Listen to Ben Swann. You probably won't be surprised by the answer.
Post a Comment
Read more
More posts