The government, having said that mandatory vaccines are 'not the way this country does things' (Boris Johnson), has rushed through a vote under Savjid Javid (new boss, same as the old) and removed the rights of residential care home staff in England to say no to the experimental jab.

Does he really imagine that this area of work is so highly paid, so recognised, so glamorous that everybody will just give up their rights to bodily autonomy?

You can earn as much - or more - in a factory or shop as you can as a care worker in England.

Despite concerns expressed by the care sector regarding this latest draconian piece of legislation, it has been voted through by 'our' representatives. They don't represent us, of course.

They represent the World Economic Forum.

What - no impact study? Nope. The gravy train riders of the so-called 'UK' Parliament (asymmetric national devolution) just keep drawing the money and doing as they are told.

Well, here's an idea: many people say care workers should have their right to bodily autonomy taken from them and be forced to have the experimental jabs.

So, how about the government DRAFTS these people in to take over the care jobs left empty during the resulting recruitment crisis? The pay is lousy, the hours are dreadful, and there's hardly any recognition, but I'm sure these great and goodly people (including 'our' MPs) will not mind stepping in. They are obviously terribly concerned about jabbed residents getting 'covid' from a usually masked carer and dying 'with' covid, at eighty nine or whatever - also with things like terminal cancer and a life expectancy beyond the average, but forget those.

'Our' government will be happy to create legislation to make this so, I'm sure.

There's a surprise in the video - a startling appearance from Rod Stewart, aged popstrel, with some absolutely bilge to state - and horrendous false teeth. 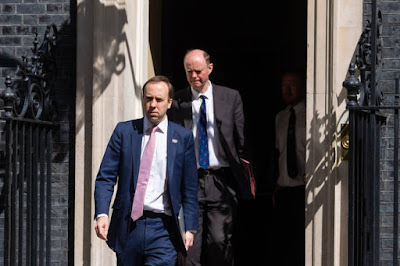 66 seconds Dutch intro, English with Dutch subs after  During the first Inaugural BizNews Investment Conference in March 2021, Nick Hudson - co-founder of PANDA (Pandemics - Data & Analytics) gave a presentation about the absurdity and harmfulness of lockdowns.  PANDA is known for its strong views on policymakers' responses to Covid-19, lockdowns and other measures to stem the spread of the virus. Understandably, the global organization has caused regular commotion over the past year. Actuary Nick Hudson, in particular, has no qualms about telling the world why lockdowns are downright destructive.  From the studio of Café Weltschmerz, Erik van der Horst speaks, via a video connection, with Nick Hudson. They discuss the founding of PANDA and the creation of the impressive presentation.   “We believed from the beginning that on a number of levels it was wrong to close society and that it was always time to reopen society,” he says. “Very few people are prone to developing serious
Read more

Mark Sexton: The Role of the Police in a Tyranny... 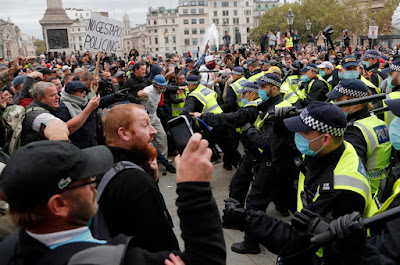 The police have become the enforcers of an evil world government agenda, often brutal, We've all seen policemen and policewomen across the 'covid' world behaving like evil thugs. We pay them, but they do not serve us anymore. They serve Matt Hancock, Nicola Sturgeon, Bill and Melinda Gates and the World Economic Forum. And just what the hell has been going on in Australia? Some police officers are speaking out. 'We have all become Boris's bitches...' Please listen to brave ex-police constable Mark Sexton, who is blowing the whistle, and is a brave man, deserving of our support. Mark has messages from a member of the public and a police officer. Officers, you sign up to serve. I know it's intensely difficult, with partners, families, mortgages and families to worry about, to go against this corrupt agenda, but you must have empathy, you must care about your own family's future. Yes, police officers - what you are enforcing will have dire consequences for
Read more

July 16, 2021
Reiner Fuellmich with David Martin, July 9, 2021.   The video clip above is one interview from the 60th session of the Corona Investigative Committee, livestreamed on July 9, 2021, which can be found at Corona Ausschuss – Ausweichkanal channel.  In this interview, Dr David Martin shares a summary of his decades of research related to this global takeover via “scientific and message control”, following a trail left via US patents.  His company M-CAM has reviewed the over 4,000 patents that have been issued around SARS coronavirus, including a comprehensive review of the financing.  Contributing to the conversation are Dr. Wolfgang Wodarg, attorney Viviane Fischer and Prof. Martin Schwab (legal advisor to the Corona Investigative Committee).
Read more